Powell Gardens is located off First Street, Quorn. This is an established native garden, housing a variety of plant species which grow natively within a 30km radius of Quorn.

Powell Gardens is the product of one man's vision, a small team of dedicated volunteers, and a supportive Council.

The late Brian Powell, with wife Fay, was widely known across northern South Australia for promoting the use of native plants in home and public gardens, especially in arid areas with poor quality water.

Assisted by a small group of enthusiastic volunteers, Brian began work in 2005 to establish a public garden on the former town common. The project was supported by the Flinders Ranges Council and funded with an Australian Open Garden Scheme grant. Since Brian's passing in 2010, volunteers have continued to maintain and develop the garden.

Powell Gardens is within Quorn's Parklands and alongside Pioneer Park (a 1974 Quorn Apex Club tree plantation, in memory of the district's pioneers). Just inside the gate to Powell Gardens are four rows of eucalypts, mostly Western Australian species, planted as a research project by the Adelaide Botanic Gardens in 1983. 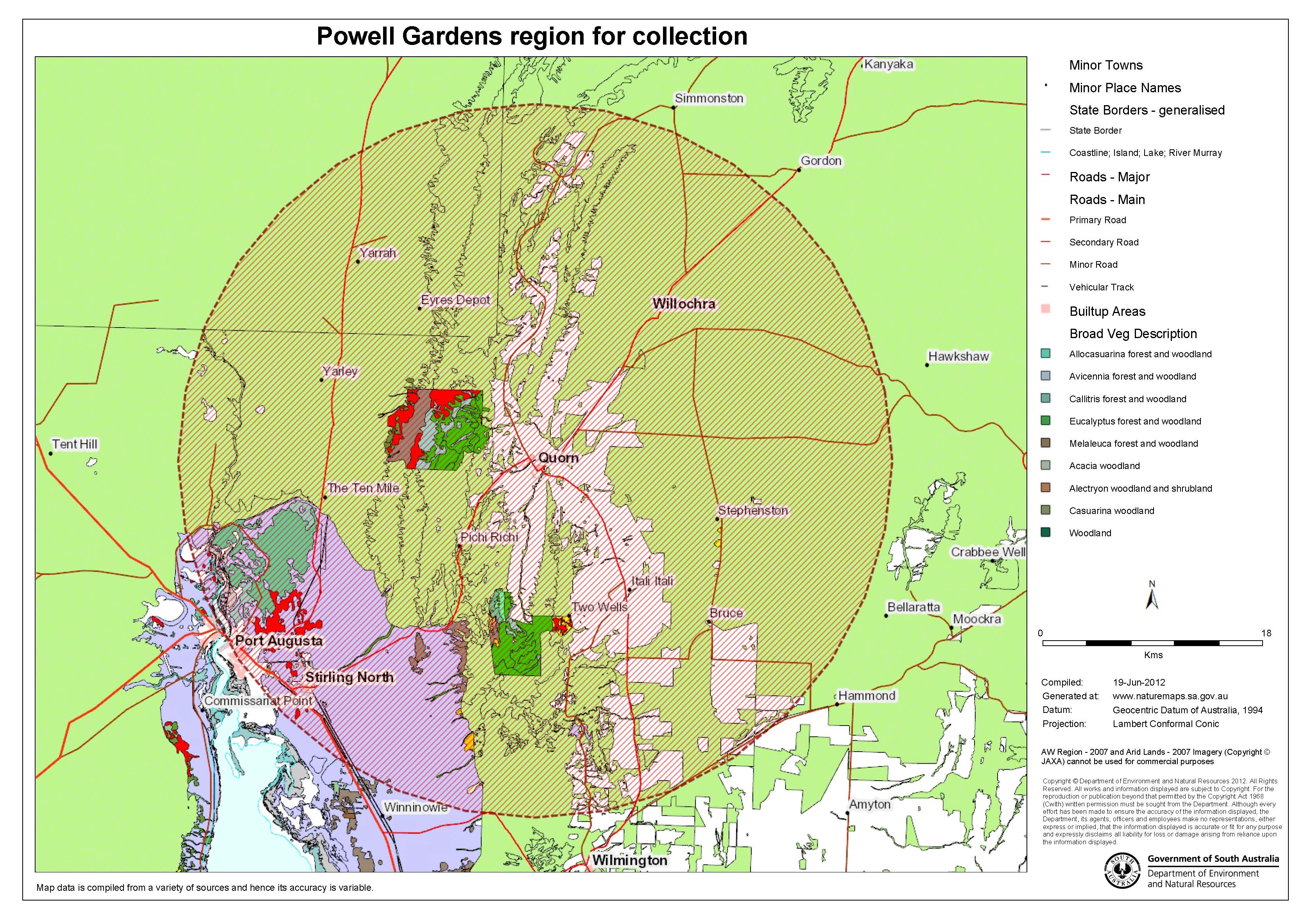